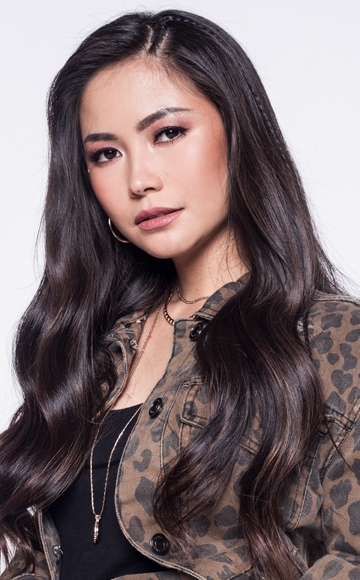 Yeng Constantino is a singer-songwriter who is tagged as the country’s Poprock Superstar.

She started as a dreamer when she joined Pinoy Dream Academy, a reality talent show in 2006. Since then, she consistently showed her gift for writing songs, producing multi-platinum albums - from her debut album 'Salamat' (2007) and 'Lapit' (2009) to 'Metamorphosis' (2013) and 'All About Love' (2014). Beside from her penned hit songs ‘Hawak Kamay’ and ‘Ikaw’, she’s also the brilliant mind behind the songs of some the artists in the country: Erik Santos’ “Sino Ba Ako Sayo”, Jaya’s “Kasalanan Ko Ba”, Sarah Geronimo’s “Kaibigan Mo” and more.

2016 was a big year for Yeng as she celebrated her first decade in the music industry with a digital concert produced by Star Music. Philippine Educational Theater Association (PETA) produced a musical featuring her music in celebration of her 10th year anniversary. In the same year, she played the mentor to Ylona Garcia, Krissha Viaje and Alexa Ilacad in We Love OPM: The Celebrity Sing-offs the following year. She was also one of the judges of ABS-CBN’s Pinoy Boyband Superstar.

She was a part of the girl group DIVAS along with KZ Tandingan, Angeline Quinto and Kyla. They staged their first major concert at the Smart Araneta Coliseum and also shared the stage with Boyz II Men in 2018.

Aside from being passionate about music, she has also pursued acting. From her debut indie films 'Shift' (2013) and 'Eternity Between Seconds' (2018), to her latest lead role on the film, ‘Write About Love’, where she was hailed as the ‘Best Actress in a Supporting Role’ in the 2019 Metro Manila Film Festival.

Now, she is a resident hurado in Tawag ng Tanghalan and a mainstay in ASAP Natin ‘To. Following her album 'Synesthesia' in 2018, she is set to release an album this 2020.