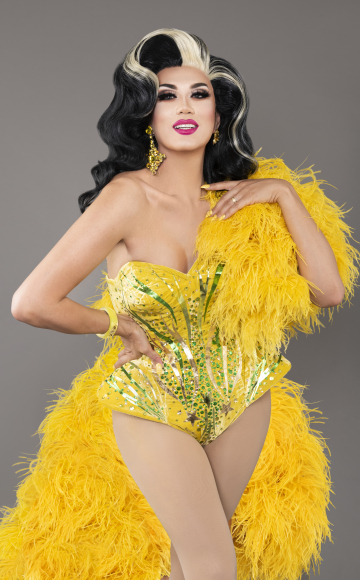 Karl Philip Michael Westerberg, better known by the stage name Manila Luzon, is an American drag queen, recording artist, comedian and reality television personality. She rose to prominence after finishing as the runner-up of the third season of RuPaul's Drag Race. She would later compete on the first and fourth seasons of RuPaul's Drag Race All Stars.

After her appearance on the show, Manila has remained very active within the LGBT community. She has been a strong activist in terms of AIDS support and research — she headlined the University of Philippines Alumni in Minnesota. In a television ad called "Red Ribbon Runway", she appeared in a designer gown that was later auctioned by Logo to fund AIDS research. Buzzfeed ranked her of the 27 Filipinos who make you proud to be Pinoy.

She also has appeared as a professor on RuPaul's Drag U. She is one of the most successful and popular queens from all of the seasons of the show.

She was named the No.6 most liked queen and the No.8 fastest rising queen on Drag Official. She has been verified as a celebrity on Facebook and Twitter. Manila was voted on to All Stars by fans. Even Dragopolis, a Drag Race themed game, has a section where you can actually be Manila and fight puppets. Her wit, talent, and upbeat attitude are very popular with her fans (nicknamed "Fanilas").

Manila Luzon is the host of the first ever homegrown Filipino drag show, Drag Den Philippines, an original production by CS Studios and Project 8.