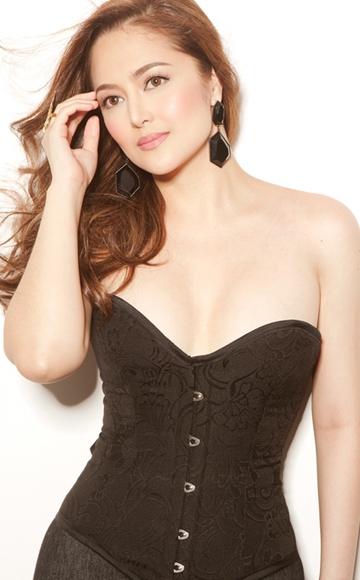 Dubbed as the Phenomenal Diva of the Philippines, Jessa Zaragoza is a Filipina singer and actress who started her life in the show business at the tender age of 8, when she joined “Little Miss Philippines”—a popular beauty pageant for young girls way back in 1987. In the early 1990s, she became part of German Moreno's longest running variety show, “That's Entertainment”. She also appeared in a number of TV sitcoms & movies under Viva Films before embarking on a phenomenal music career.

She began to enthrall music enthusiasts when she released her first album “Just Can’t Help Feelin’” under OctoArts Emi Records in 1997. She gained stellar status when her single “Bakit Pa” rose to the top of the charts and became a “national anthem” for Filipinos worldwide. Her album turned platinum record eight times making it one of the biggest selling debut albums in Philippine Music History. It was such a huge hit that it earned her a Diamond record award in recognition of the record – breaking sales the album itself had then achieved. She continued producing hit albums, churning out unforgettable songs such as “Di Ba’t Ikaw”, “Paano Kaya”, “Baliw Na Puso”, “Siya Ba Ang Dahilan”, “Ibigay Mo Na”, and “Hindi Na Bale” to name a few, which are now permanently etched in the hearts of Pinoy music lovers all over the world.

Jessa also ventured into movies and has starred in several motion pictures including her launching film “Bakit Pa?” under OctoArts Films.

Also in 2012, she released the album “‘Pag Wala Na Ang Ulan”, where almost all songs became theme songs or were used as a soundtrack for GMA Network’s TV drama series and Tagalog-dubbed (or adapted) Korean drama series.

In 2014, Jessa was chosen as an interpreter in ABS-CBN’s Himig Handog P-Pop Love Songs song – writing contest where she won the Star Music Listener’s Choice Award for the song Bumabalik Ang Nagdaan composed by SJ Gandia.

She also stars in GMA network’s top-rating sitcom, “Pepito Manaloto”, and is one of the judges of the 2021 revamp of the original Filipino singing game show, “Sing Galing”, which airs on TV5.

In 2017, she received the Aliw Awards for Best Female Concert Performer of the Year for her performance in her concert “Jessa Zaragoza: I Am Me”, which was staged at the Music Museum on January 15, 2016.

She is married to Certified OPM Hitmaker and “the Original Prince of Pinoy Pop”, Dingdong Avanzado. They have a daughter named Jayda, who also embarks on a music career of her own.

Over the recent years, Jessa has blossomed into a seasoned and a virtuoso of a performer, doing live concerts and bringing her act around the world much to the delight of her millions of Filipino fans.

All of these numerous achievements have definitely cemented her place in the Philippine music scene.