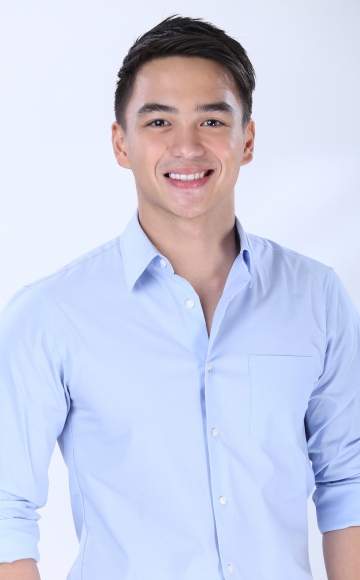 Dominic Roque is a Filipino model, actor, and an established online influencer. He has played in several TV dramas such as "La Luna Sangre", "FPJ's Ang Probinsyano", "Langit Lupa", and "Pangako Sa'yo". He was also a part of the movies "Pagpag: Siyam na Buhay", "Crazy Beautiful You", "My Ex and Whys", and multi-awarded “Seklusyon”.

Dominic hails from the city of Cavite, Philippines. He earned his Tourism Degree at De La Salle–College of Saint Benilde.

Dominic began modeling for and endorsing several companies before heading into acting. He is a model of Cosmopolitan Talent Agency since 2008, and has modeled for the Philippine clothing brand, Penshoppe.

In 2010, Dominic debuted onscreen in the soap opera “Habang May Buhay” playing Mark. He later took his first major role in the fantasy-drama series, “Aryana”, in 2012. He played the character Hubert, wherein he co-starred and was paired with Ella Cruz.

After “Aryana” ended in 2013, he signed his second major role in the noontime drama series “May Isang Pangarap” where he played as Alvin. In the same year, Dominic had his movie debut in the 2013 Metro Manila Film Festival (MMFF) entry, “Pagpag”, where he co-starred with Daniel Padilla and Kathryn Bernardo.

In 2016, Dominic starred as Fabian in the horror-thriller “Seklusyon”, which was an entry to that year’s MMFF. The film garnered a total of 18 nominations with 11 wins across various film award-giving bodies and film festivals, 8 wins of which are from the MMFF—the highest number of awards a film has ever garnered from the festival.