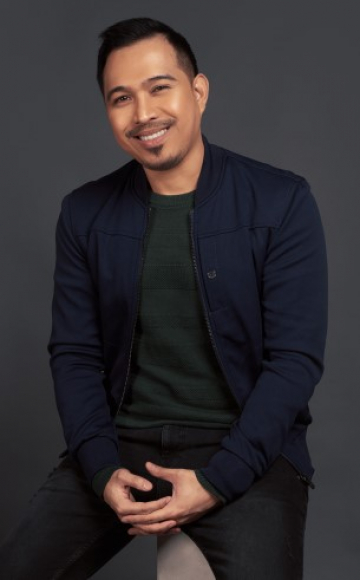 How does a choirboy from Davao end up as one of the most promising Soul R&B singers in the Philippines today? For recording artist and singer Thor, it took a lot of perseverance, a strong faith in God and, of course, a wonderfully rich singing voice that puts to mind the vocal prowess of Stevie Wonder, Donny Hathaway, and Brian McKnight.

You would think that all Thor's hard work singing in a Davao vocal group, joining and winning singing competitions, even uprooting himself and performing in countless bar gigs in Manila would be sure signs to a successful musical career. Yet there were a lot of thorns in his path, but with the help of his dedicated family and best friend, he pushed on despite other people's letdowns.

At the age of 19, Thor started getting into professional singing together with his band “Myxtreme”, which also meant doing backup vocals for various artists, singing jingles, and sessioning for other bands.

In 2007, Thor released his self-titled album “THOR” under Evolution Music distributed by Warner Music Philippines. In the same year, Thor released his second studio album titled “Soul Obsessions: Duets with Thor”, under Ivory Music Philippines, conceptualized from his radio segment on Wave 89.1. The album was Thor's collaboration with some of the Philippines' greatest artists like Jay Durias of South Border, Luke Mijares, MYMP, Nina, Amber Davis, Jinky Vidal of Freestyle, and a lot more. All of these led Thor to various awards, including Most Promising Male R&B Performer from Awards and Recognition Association of the Philippines, Awit Awardee for Best Performance by a Duet on the song "The Closer I Get to You" with Nina, and the 2007 Metro Manila Film Festival Best Theme Song "Kasalanan Nga Ba" from the movie “Kutob”.

In one of his gigs in the country, Thor impressed international soul-jazz musicians Marcos Sainz and Juan Galiardo. After asking him to sing some tracks from their album, the two took Thor to Spain to record, then later asked him to become a part of the band. Their album was released in some parts of Europe in 2008, titled, “Shine A Light”.  Thor later became one of the lead vocalists of the international soul-jazz-funk band Satya Project while still pursuing his solo career in the Philippines.

He has been and invited and has appeared in several TV programs in the Philippines including ABS-CBN’s ASAP, GMA’s SOP, Umagang Kay Ganda, Unang Hirit, and Magandang Tanghali Bayan.