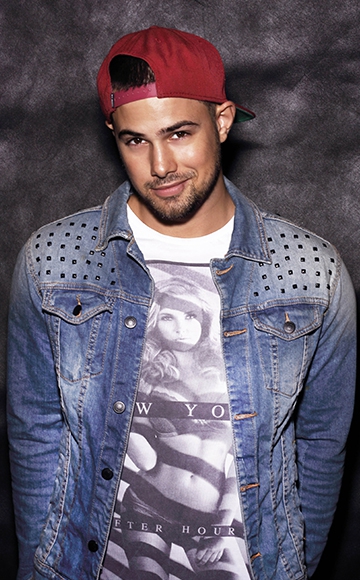 Born and raised in Amsterdam, the Netherlands.

He has now based himself in Manila, Philippines and travelling for gigs all around Asia. DJ Samir has performed in countries reaching from Thailand to India and China and all the way back to the Netherlands, France and Tunisia.

His qualities are out of this world and he will bring unforgettable new livesets every time.

Samir is best known for his ability to blend different kind of music styles rapidly and keep the energy level high at all times, giving the crowd the newest and hottest tracks. His music style varies from EDM, Trap, Hip-Hop & RnB, Deep House and Top 40.

Between his city-to-city weekly Manila residences, international travel, mixtapes and mashups – its no wonder Samir Ayeb stays in such high demand.

Samir has been heavy on the Philippines travel circuit for the past several years playing many of the top nightclubs across the country. Gramercy 71, Privé Luxury Club, Wave Boracay, LIV Cebu, and Palladium New World Hotel are just a handful of places you can catch Samir in action.

His club success gained him corporate attention as well, making him the go-to DJ for clients such as Miss World Philippines, Century Tuna, Shangri-La, Metro Magazine, MAC Cosmetics, Ray ban, Belo, Magnum, and he is the resident DJ for the ASAP opening show on ABS-CBN.

Samir has provided the music for loads of high brand fashion shows such as Penguin, Aeropostale, SM men, Converse, Levi’s, and many more.