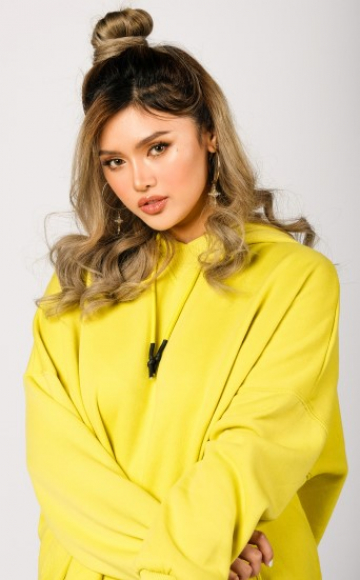 Lesha is an electropop artist and producer. She composes, arranges, and produces all of her original songs and has collaborated with multiple international music producers from the US, UK, Spain, Germany, India, Nepal, Africa, that gained her international acclaim.

​She has performed for numerous high-profile branded events such as - Krispy Kreme, FujiFilm, Keds, Skechers, Globe, Levis, Citibank, SM Accessories, etc. and has opened for International Artists like Kiiara and Bright Lights. ​

In 2017, Lesha bagged the grand prize for Best Cover Ever - a YouTube Original Series hosted by Ludacris, and produced by Ryan Seacrest, YouTube, and Endemol Shine North America wherein she was the only Asian/Filipino chosen to fly out to Los Angeles and compete in the show and win, getting the chance to perform with Joe Jonas of DNCE and fly to Ibiza for the International Electronic Music Summit​.

In 2019, she released the music video of her single ‘Bite’, that she produced for only 300 PHP. Now, it has reached 89K views on YouTube and 50K streams on Spotify. Lesha has currently 70K social media following.